Most people think Abu Garcia reels are only made in Sweden. But the truth is, most of their reels are produced in China. Only some of the round reel models are made in Sweden, and they are mainly the high-end expensive ones. Even though the reels made in China are low-end, they go through several quality checks before entering the market.

Learn all about the ins and outs of Abu Garcia reel production to know your fishing equipment better. The difference between Abu Garcia reels produced in China and Sweden is quite subtle but knowing about it is vital when you’re a fishing aficionado!

Abu Garcia started its journey in 1921 in Sweden. Though they are renowned for their fishing reels, their journey started on a different path.

Carl August Brongstrom, the founder of Abu Garcia, was an engineer with fine craftsmanship. Using his meticulous skills, he founded the company to manufacture pocket watches, telephone timers, and taximeters. 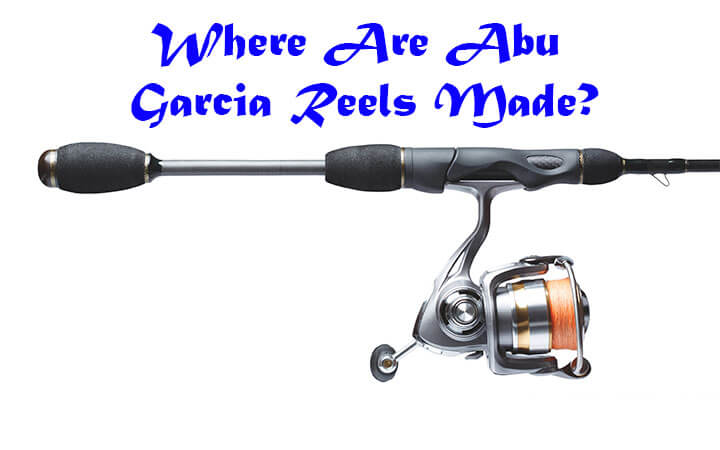 Over the years, they developed their products and contributed to the legacy sportfishing in Sweden and all over the world. For this, they were bestowed with the honor of “Purveyor To Royal Swedish Court.”

Abu Garcia reels are made with high-quality steel in Sweden. The company created its unique market value based on the quality of its products.

They debuted the famous Ambassador 5000 model in Sweden in the year of 1952. After just two years of launch, Abu Garcia started to export their fishing reel to the United States of America.

Like most other companies, Abu Garcia soon shifted their production to China to make their reels less costly and available to the general consumers. Manufacturing of the Black, Silver, and Pro Max models is primarily done in China.

Even though models made in China are cost-efficient, Abu Garcia still makes some of the round models in Sweden.

The manufacturers have claimed that each new Abu Garcia model is tested for one year before they are launched in the market. They make sure of the quality. As the production cost is higher in Sweden, they ensure people get the product worth their money.

Models Made In Sweden

Abu Garcia re-launched their iconic round reels in 2014. C4 C3, Pro Rocket, and Morrum are made following the legendary models of Abu Garcia reels. They have all been revamped with new updates and exciting features.

These models have the upgraded version of the Original Record. They got better performance and style with extended durability.

These reels are made of stainless steel and offer extreme durability. They have some aluminum parts too. The aluminum parts play a significant contribution in lowering body weight.

In critical acclaim, some fishing gear reviewers say that these reels can sustain consistent performance for over a decade. That is what makes these Swedish reels unique and sets them apart from the Chinese variants.

Models Made In China

All Abu Garcia 7000s and some Abu Garcia 7500s are mainly China-made. These models have decent sustainability and are also easier on the wallet.

They are made keeping cost-efficiency in mind. Some of the parts come in plastic in place of premium builds. The drags are not guaranteed with carbon fiber. Instead, they might come in nylon or other workable materials.

If you are someone who wants these models but in metal builds, you can replace them. The extra parts are made in Sweden. However, the Swedish-quality counterparts will cost you some extra money.

Some of the Taiwanese reels have recently come with great reviews. These reels are a steal in that price range.

The price range of the Abu Garcia reels differs a lot depending on the models and origin of production.

The Chinese-made reels rank slightly lower in the price range. They start from $20 and move upward around $100 and above.

But the authentic Anbassadeur and Revo models are made in Sweden. Their pricing starts near $100 and goes up to $600 in some cases.

The reels over $150 have an Aluminum spare spool with instant anti-reverse. Additionally, the drag has carbon fiber. You will also get options to choose between different reel sizes.

How To Maintain Abu Garcia Reels?

If well maintained, Abu Garcia reels can be used for a long time. Following these nifty caring tips will help you maintain your Abu Garcia fishing reel and keep it in top-notch condition for quite a long time.

What Ambassadeur reels are made in Sweden?

The Abu Garcia Ambassadeur 5000A is made in Sweden. The round reels usually have a Swedish origin.

Abu Garcia is the most recognized fishing reels brand. It has created some of the most popular rods and reels of freshwater fishing in the history of sports fishing.

Are Abu Garcia reels worth the money?

Abu Garcia reels made in Sweden are pretty expensive. If you are passionate about fishing, then the money is worth it. If taken care of, it will sustain a decade.

While buying look make sure it is made in Sweden if you want the best quality. A dishonest seller might fool you with the Chinese one saying that it’s the original build.

Can Abu Garcia reels be used in saltwater?

Abu Garcia C4 Ambassadeur Baitcasting Reel specializes in saltwater. They are approved for use in both freshwater and saltwater.

How to Clean a Fishing Reel?

How to Spool a Spinning Reel with Braid?

How to Tie Fishing Line to a Reel?

Abu Garcia Reels are said to have revolutionized sportfishing. If you’re a fishing enthusiast, it’s imperative to learn about where are Abu Garcia Reels made. Although the company’s origin story is rooted in Sweden, the majority of production has now shifted to China. There’s a subtle difference in the quality of the Chinese rods and Swedish rods.

Know about the differences in quality of Abu Garcia reels depending on manufacturing and the variety of price ranges. Hope you’ll consider this information helpful the next time you’re in the market for a new fishing reel.